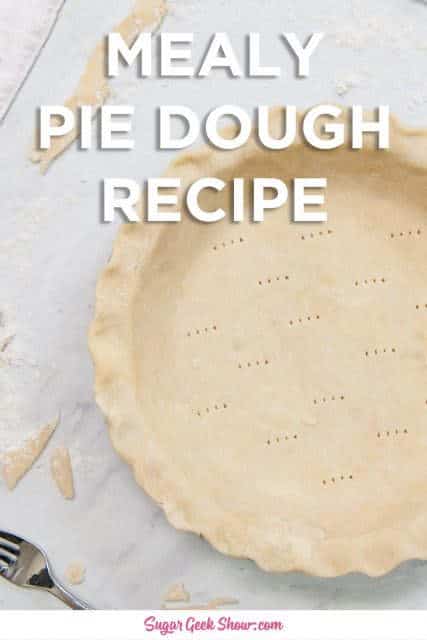 Mealy pie dough (pâte brisée) is the best all-butter pie dough for using on the bottom of pies to avoid that soggy bottom. This dough is similar to making shortbread. The butter coats the flour and just melts in your mouth when you bite into it. Make a big batch ahead of time, portion and freeze for when you need it! Don’t buy frozen pie crusts every again. 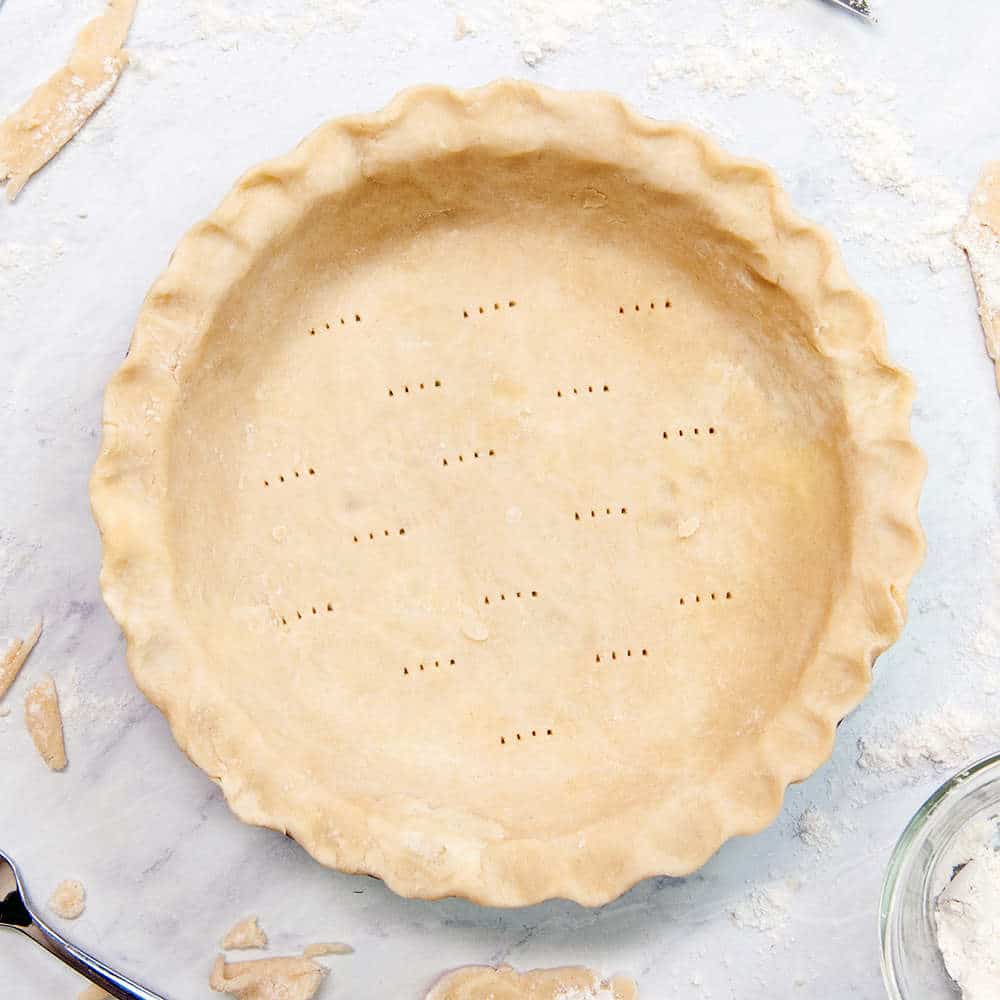 Mealy pie dough is best for using for pies that have a liquid or custard filling like pumpkin, or apple pie filling because it won’t get soggy. The pieces of fat in the flour are very small, making the fat distribution denser which repels liquids.

The pie crust bakes up very crisp so you don’t get that soggy layer under your filling. Nothing worse than biting into some pumpkin pie and the bottom is all gummy. Yuck. 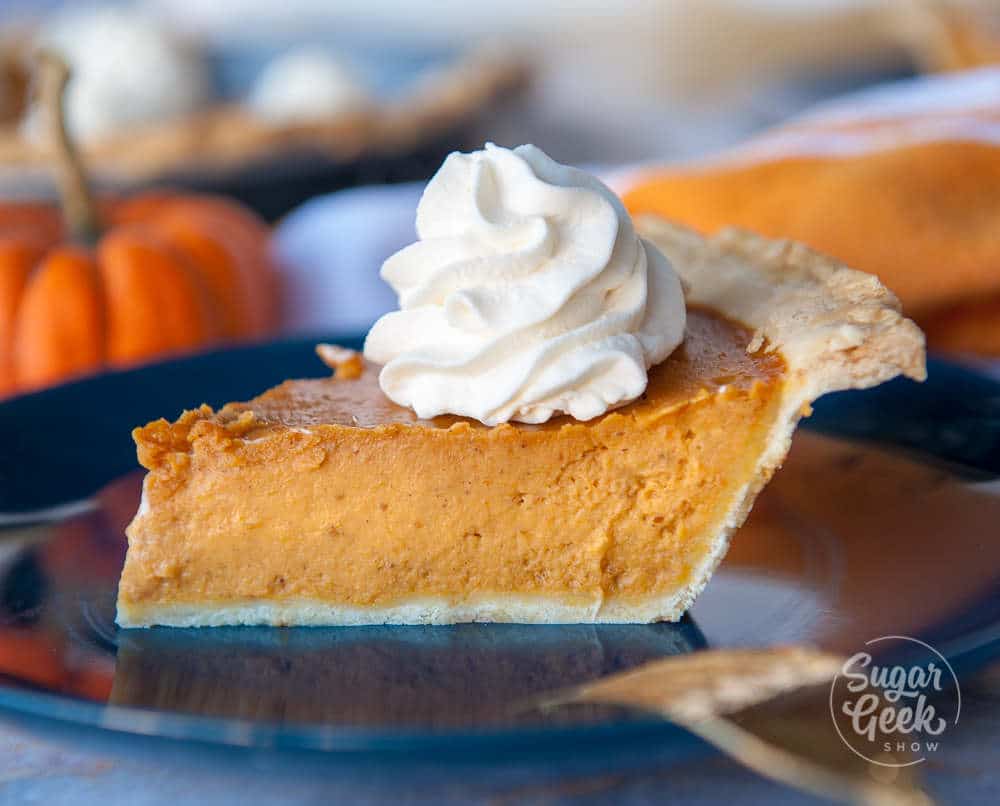 How do you mix mealy pie dough?

The best way to make mealy pie dough is to use a stand mixer or food processor. This works the cold butter into the flour and makes the mixture mealy without needing to use your hands. If you use your hands, the butter can melt pretty fast and your crust will get tough.

After your mixture looks like mealy crumbs (hence the name) then you can add in your egg, salt and just enough ice-cold water to hold it all together. 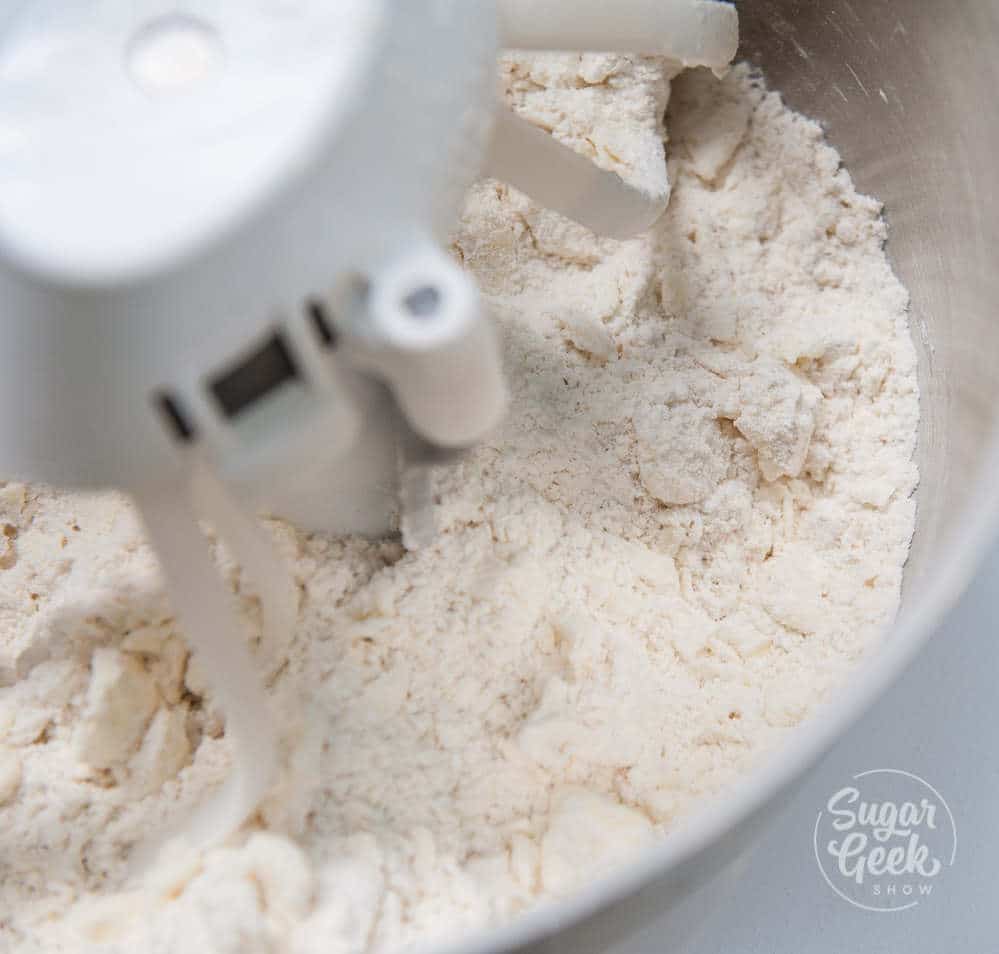 Do you need to let mealy pie dough rest?

It’s best to let pie dough rest so that the gluten has time to relax (to avoid your pie crust shrinking while baking) and to give the water time to absorb into the flour. 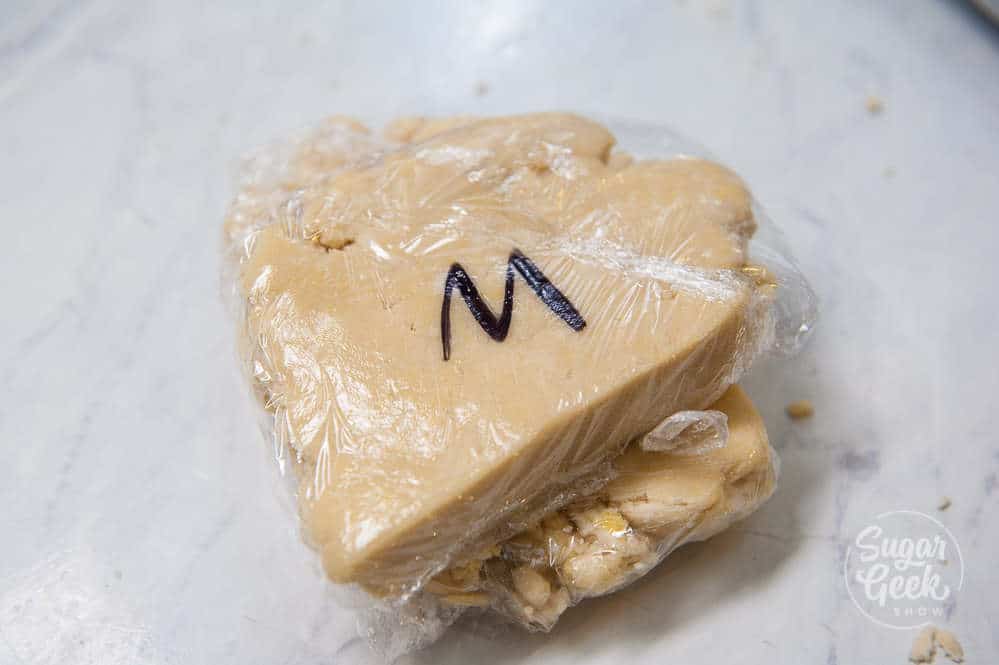 You only need to let the pie dough rest for one hour but I like to make mine the day before and then use it on day two. Easy prep.

Can you make pie dough ahead of time and freeze?

After your pie dough has rested, you can roll it out and put it into your pie plate. Trim off the excess and flute the edges. Don’t forget to leave about 1/4″ of extra dough all the way around the edge of the pie plate to avoid it shrinking too much. 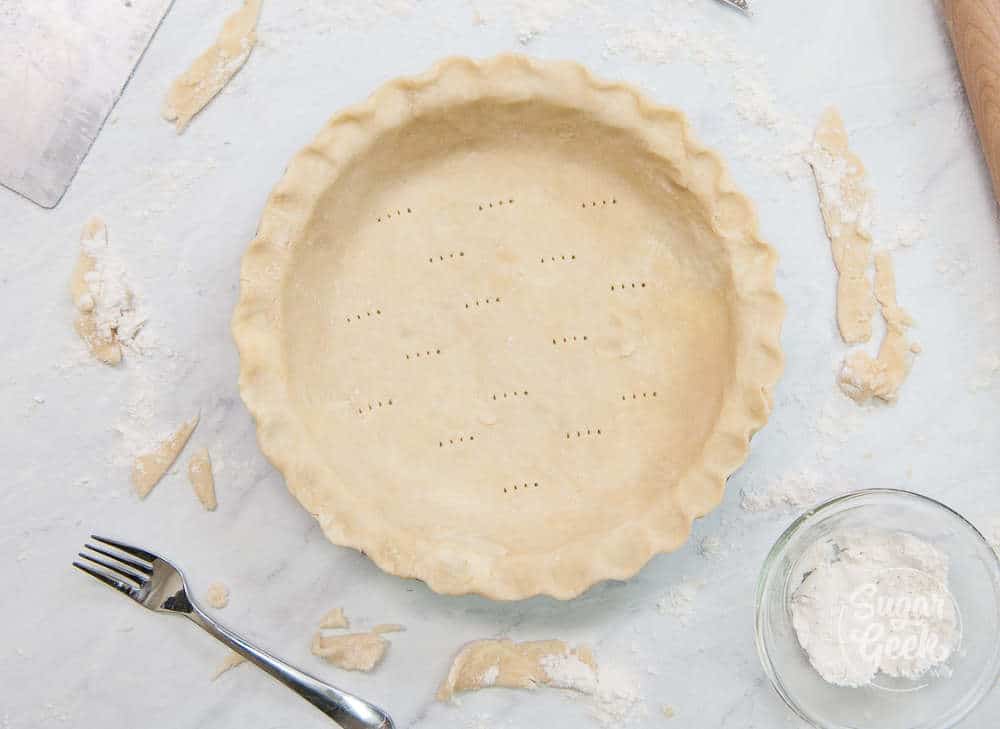 Then you can freeze the whole thing to use later (instead of buying a pre-made frozen crust) or you can freeze it for 20 minutes and then bake it up. Freezing the dough helps keep it from shrinking.

How do you know when your pie is done baking?

Once your dough is frozen, you can fill it and bake it. You know the pie is done when it’s golden brown and has shrunk away from the sides of the pie plate slightly. This means the center of the crust has baked and contracted.

Even if the crust is brown but it hasn’t shrunk, it’s not done. If your edges are getting too brown, cover them with tin foil or a pie crust protector.

How do you use mealy pie dough for a double-crust pie?

If you’re making a double-crust pie like apple pie, then you’ll want to make a batch of flaky pie dough for the top. Prep your mealy pie dough as instructed above and trim off the extra crust (leaving that 1/4″ of extra dough all the way around.

Fill your pie crust with your filling and then brush the outside edges with egg white. This is the glue that holds the two pie crusts together. 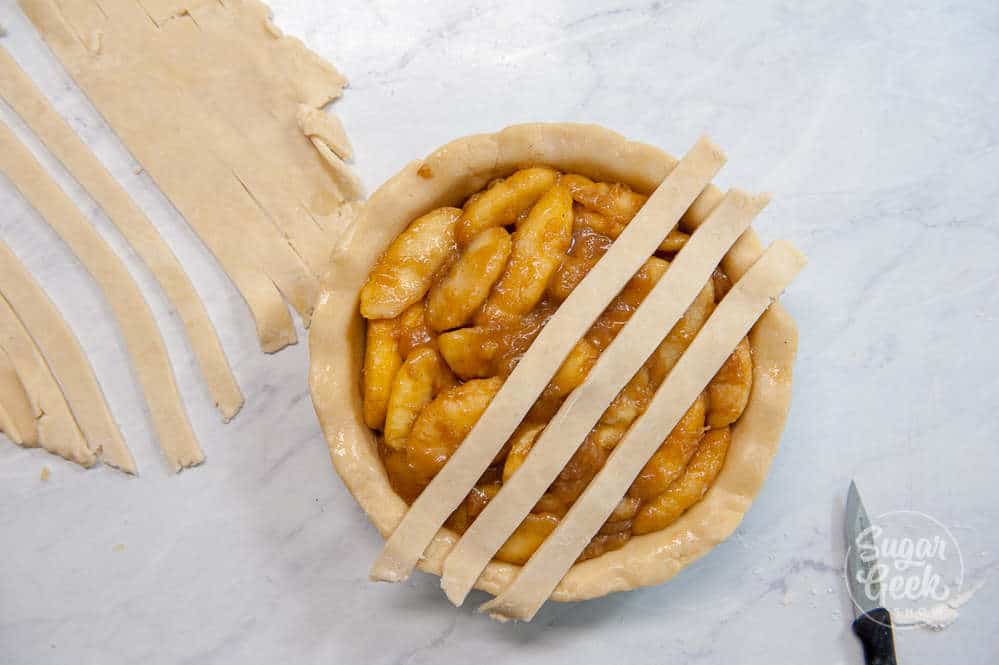 Place your flaky pie dough on top and trim it to match the bottom crust.

Pinch the two crusts together firmly using your fingers or a fork. Clean up the edges and put the whole pie into the freezer for 20 minutes.

Before baking, I like to brush the top of my pie crust some more egg wash and a sprinkle of coarse sugar so it looks extra beautiful.

Need more pie? Check out these other recipes 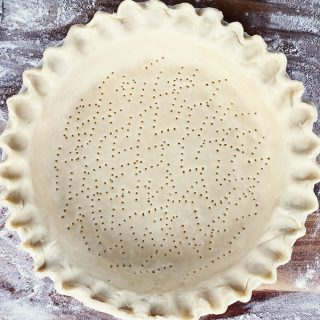